Always beaten by his brothers and sisters, Felix was the youngster of nine children. Mum and Dad were descendants of immigrants to this wonderful land of opportunity. Felix was very quick witted at school and because he was of short stature he became known as Felix-the-runt, from the O’Shaughnessy family. Whenever Felix heard this word he became enraged and came out fighting like a bull. Felix developed into a very hard man and he became a professional boxer. The day he fought for the featherweight championship his trainer whispered in his ear, “Come on Runty”. Felix is the new champion.

ROBERT LEE BREWER’S WEDNESDAY POETRY PROMPT.
http://www.writersdigest.com/whats-new/wednesday-poetry-prompts-277
For today’s prompt, write a malfunction poem. Yes, I changed today’s originally planned prompt to fit today’s circumstances. Sometimes you just gotta have that kind of flexibility. However, not everyone handles malfunction the same: some roll with the punches, some throw punches, some throw fits, some quit, some try again, and so on. Plus, there’s any number of malfunctions out there: wardrobe malfunctions, mechanical malfunctions, and heck, I think many of my poems suffer a malfunction or three. Let’s get at it.

I have just had some very sad news,

My memory has not been too great

I forget what the Doctor actually said

Somehow I wasn’t in tune.

I had a vision that was too good to lose,

I felt the influence too sad to waste

The Nurse took me home, I forget what she said,

I can almost hum the tune.

I got lost last week in our local mews,

It was scary to be alone in that place,

the steps I took to my familiar homestead.

How did that music resume?

My family made me an offer too good to refuse,

I will go to paradise, a room of my own,

in a nursing home.

With many lovely people with blank friendly faces.

I am sure the tune will come to me soon. 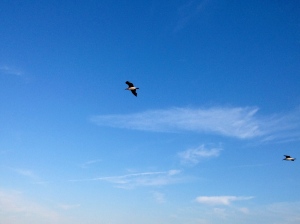 As usual the image is provided and credited by Ermilia

Eons ago when the Earth was young and in the process of development. Two tribes fought for supremacy, for the food and space to live on the planet, The Humans and the malicious, vicious brainless Hulks. The Humans wandered through the world leading peaceful lives, hunting and gathering just enough food for the survival of the tribe.

The Hulks were a jumping race, who bounced through life like Kangaroos, trapping and slaughtering many animals in their travels, leaving blood-soaked carcases strewn across the earth. The Hulks would often try to capture and kill the Humans for sport. Usually they were outwitted by the superior brain-power and adaptability of the Humans.

Then came the cold, freezing ice-age, many species were wiped out, as the ice settled over the planet and locked the land and food supply. The superior brainpower and adaptability of the Human race, allowed them to find ways to hunt and use skins of their prey for warmth. Many survived the devastating cold and a hardy race of Humankind settled to exist until the thaw came. The brainless Hulks were wiped out almost instantly, without the resources to adapt and survive, they were helpless against the extreme cold that locked the earth with an iron grip.

Many centuries later scientists discovered a Hulk, frozen solid, on an undiscovered iceberg, that had suddenly risen from the depths of the sea. There was an uproar as it was discovered that we had the technology to defrost the body and bring the Hulk back to life. Religious leaders were up in arms against this unnatural interference with God’s will and the decision to go ahead was indefinitely postponed.

Then it was reported that unknown thieves had broken into the ice-store and stolen the still ice-bound body. Rumour had it that a powerful organisation had transported the specimen to a private lab on a remote ice-field in the North,with the intention to bring the Hulk to life and clone and breed the offspring for sport.

This gave rise to another theory that there had been some in-breeding between the Hulks and Humans before the ice age and some of the brainless traits of the long dead Hulks had survived and still existed in certain members of Humanity.

Then shocking news was relayed around a stunned world that the Hulk had been brought back to life and was on the loose bouncing around the remote jungles of Peru, having been transported in a container vessel by unscrupulous villains intent on holding the world to ransom.

Many blood-soaked bodies have been discovered since, as it is suspected that the Hulk was paired with a native tribal woman producing many jumping offspring. Brainlessness has been reintroduced and is rapidly spreading throughout the civilised world.

This is the latest Picture it and Write prompt from Ermilia’s blog.

As always the image is provided and credited by Ermilia

We will communicate with other worlds one day in the near future.

Science has revealed an amazing whole living world in each and every drop of water.

Under an electron microscope, a single drop of water is a teeming life-filled world containing tiny life-forms that co-exist.

A single wave of  sea-water, rolling into the shore contains a billion, trillion tiny worlds.

Our scientists are bathing in this rolling, swirling, sea of life-force, attempting to unravel the secrets of these hidden worlds.

We will establish a means of communication as we drink and bathe in mystery.

Meanwhile have  a happy holiday! Enjoy the Sun, the Sea, and help to unravel the mystery. 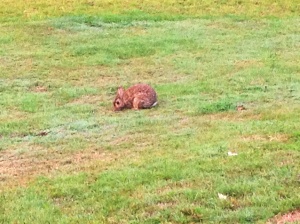 There was a heavy dew soaking the green grass on the way down to the lake. The wild rabbits were around, early feeders, greedily eating the grass and taking in the moisture. Dawn was breaking and the light surreal as the sun was obscured by clouds that had a pink tinge. 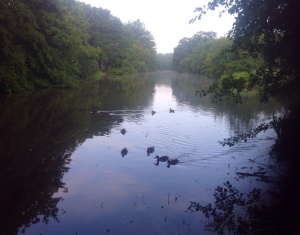 Some duck families who were swimming and foraging in the lake, seemed totally unconcerned by the presence of an alien in their midst, taking photographs. 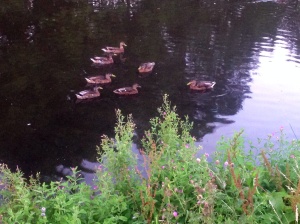 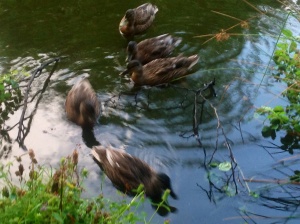 Mallards feeding and curiously swimming near the edge of the lake.

Suddenly there was a noisy shake, and a fluttery whirr of huge wings, as a startled heron flew up from the banks of the lake, then high above the water to safety. He was far too quick for me to get the camera focussed.

Then I came across this Egyptian Goose perched on the back of a bench obviously keeping a eye open for predators as his family were foraging not very far away.

The baby Egyptian Geese foraging around the stones.

Mum sitting on a wall keeping a close eye open for danger.

Even playing on the chess board~ Check-mate.

This is the Grand Canal Venice with the city of Venice silhouetted in the background.

This is the latest Picture it and Write prompt from Ermilia’s blog.
http://ermiliablog.wordpress.com/2014/08/10/picture-it-write-40/
As always the image is provided and credited by Ermilia

Egyptologists have searched for centuries for the ancient knowledge that has been lost since the pyramids were constructed and erected by primitive peoples with little or no technology. The science of the time passed down orally through the religious leaders over centuries, was never written until various holy men began to write some of the precious knowledge.
Hearsay and legend reported a mysterious, very elderly lady in possession of a magical book of very rare information passed from mouth to mouth, then recorded on papyrus scrolls. An amazing discovery of some surviving scrolls led to the premature deaths of the finders, reportedly from the effects of a very potent curse.
The lady who was the wife of one of these intrepid explorers, came into possession of two of these rare scrolls and she was brave enough to have them published, in the form of a small innocuous black book. The original scrolls mysteriously vanished at the printers.
Now in hiding from mysterious dark forces, keen to gain possession of the forbidden knowledge, the lady lived in a palatial residence, situated on a swampy oasis that was considered very safe from the attentions of the invaders.
A very sad first mistake, one eventful day a rider arrived with a message from friends warning her to be on guard, as a very powerful undercover organisation known as the Society of the Black Scarab was very close to finding her.
Fear spread through her household and three trusted servants vanished never to be seen or heard of again. Fatima remained loyal to her lady, although vulnerable and open to attack from all sides, they remained in the mansion and sent Fatima’s son to get help.
Night fell and silence descended on the oasis. The occasional cry of an animal or a beast on the prowl was all that broke the silence of that lonely hostile place.
Riders were heard approaching fast, the two ladies breathed with relief, help had arrived just in time. A voice interrupted the natural punctuated silence. “Allow us in we are here to help! Open up!”
Realisation set in, this was not help, but the dangerous thugs from the society after the valuable little black book.
The two frightened ladies grabbed the book and ran out into the night through the rear entrance heading silently into the swampy oasis.
Tragedy followed, as the brave lady carrying the book of cursed secrets, stepped directly into a marshy quicksand and began to sink in the sandy mud. Fatima and the bandits could only watch in horror as she was slowly sucked into the earth to her death. The last visible signs of a brave lady was her hand clutching the cursed book until they both disappeared from view, sucked into the bowels of the earth. The curse of the forbidden knowledge had claimed another victim.

Listen to the desires of your children. Encourage them and then give them the autonomy to make their own decision.— Denis Waitley

The poetry of ineptitude.

BY GRACE THROUGH FAITH

Understanding ourselves and the world we live in.

The Art and Craft of Blogging

johnandmargaret1607
Create a free website or blog at WordPress.com.