Home » Uncategorized » Picture it and Write ~ THE MORNING AFTER 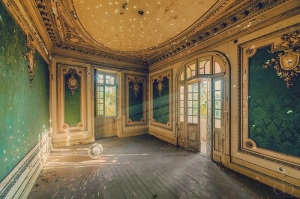 Katy had hosted her 21st birthday party. Her father, the Arch-Deacon and her mother, were away on holiday visiting the holy land. Katy had been talked into giving the servants some time off and the caterers had delivered sumptuous delights and food to be enjoyed by twenty of her very closest friends. Katy was furious, because her stupid unthinking boyfriend had announced her party on a famous social media site. People came from all over the South of England, some very rough and ready types gate-cashed her private celebrations. Everything that could be moved was stolen or destroyed, the furniture was removed, some very valuable wall-hangings and pictures were ripped off the walls. The destruction was incredible, even the round crystal chandelier was smashed and the pieces littered the bare floors. The police arrived and took the situation under control, but it was too late to recover the stolen property.
Viewing the ballroom the day after the event brought lumps to her throat. How could people be so dishonest and destructive, the strangers had got horribly drunk and drugs had been used as needles littered the floors in the toilets. Katy knew her parents would be furious with her for allowing her stupid empty-headed boyfriend to announce the party on the social media.
Katy ran, and ran away from home with the culprit and they set up home in a flat in Notting-Hill Gate.
Love is a very, very strange state of mind. ~~ 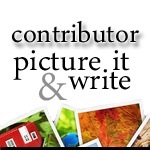