Home » General » A walk in the Grounds of Felbrigg Hall

A WALK AROUND FELBRIGG HALL

The day started out cool and sunny, during our breakfast we decided to go for a walk together, after some discussion we decided to go to Felbrigg Hall once again. We have visited this National Trust property quite a few times over the years. Shortly after we settled into this windswept corner of North Norfolk, I remember a time when Margaret and I ventured to Felbrigg Hall at about 4.30am, to join a group to listen to the birdsong of the dawn chorus. We were not very lucky that day, very few birds were singing, but many cows were around feeding on the lush grass in the light of the dawn. I remember we were treated to a breakfast of egg and baked beans on toast, served with mugs of steaming hot tea, in the staff kitchen in the hall, before we returned home.

A close up of the South Front of Felbrigg Hall shows the inscription “Gloria Deo in Excelsis” that translates to “Glory to God in the highest,” and may relate to the satisfactory re-establishment of the Wyndhams at Felbrigg Hall. 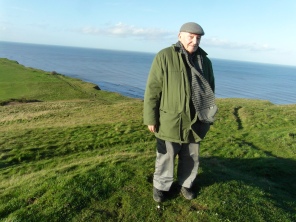 A few years later, after we were settled in Norfolk, We sung with a church choir in the wonderful St Margaret’s church, that is built in the grounds of Felbrigg Hall, where there is much historical memorabilia relating to the Wyndham family, who purchased the Jacobean Hall from the original Felbrigg family, during the reign of Henry the eighth.
We have attended the annual Chilli festival here twice, and we have enjoyed picnicking in the grounds. We have also visited the interior of the hall and admired the wonderful authentic period furniture and artefacts with beautiful paintings. We are great fans of the walled kitchen garden, where there is an inhabited Dove Cote, and chickens roam freely in the gardens. I am a great admirer of the allotments section in the middle of this garden, and there are two period-style greenhouses, that contain succulents and cacti with many more tender plants and flowers. The surrounding walls are covered by espalier fruit trees, mainly pears and apples, and of course we love the excellent display of seasonal flowers, always on display.
Perhaps a highlight of these visits occurred in the Spring last year, when we visited the farm in Felbrigg hall grounds during the lambing season to watch the new-born lambs, just birthed, unsteadily tottering around in pens attached to the farm. I filmed some of these beautiful creatures taking their first taste of life in this world, with some nice photographs of the farm animals and wild birds around the farm. 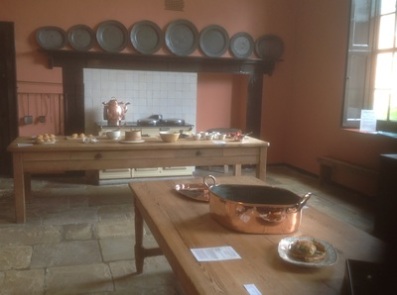 We arrived at Felbrigg, to find the Hall and the gardens closed, but the car park was surprisingly full. The answer became clear when we began our walk, a large group of people dressed in warm clothing, with stout walking boots, some carrying walking sticks, approached the car park. We immediately came to the conclusion that this was an organised walking group, returning from a walk. The green fields of the estate stretched out before us, with a large flock of sheep feeding in a group, they seemed to be so close together, Margaret wondered if they were being rounded up by the farmer. 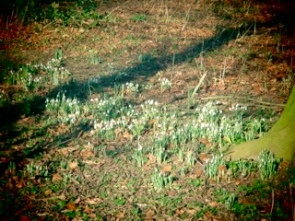 We wandered around the front of this magnificent well preserved mansion and began taking photographs of the building and the surrounding autumnal woodland. We have never visited the Orangery building and we noticed the doors were wide open, but the whole area was fenced off and the gates were locked as it was closed to the public.
We walked on around the back of the house and followed a path through the woods, where we photographed a nice little glade of snowdrops and some interesting trees. The bird life here is prolific and suddenly Margaret pointed to a large Pheasant that dashed for cover across the path in front of us. We continued along the path and I watched some squirrels diving for cover as we approached, there were numerous blackbirds and finches in the trees. We reached the end of the path to find we were fenced in, we retraced our steps and found a gate open leading into the gardens and made our way back to the car park through the gardens. We had walked at least a mile around the grounds and we were ready to return home for a welcome cup of tea and a rest, after an interesting walk.

6 thoughts on “A walk in the Grounds of Felbrigg Hall”