This is one of the stories I put together on a Creative Writing Day at Gressenhall Farm and Workhouse in Norfolk.

I concentrated on JOHN PLUMMER, Writing from this brief introduction.

“John Plummer decided he wanted to. Become a tramp when he turned 16 in 1938. The Guardians didn’t want John to do this as he would be dependant on the workhouse system. This would cost taxpayers’ money. They found John a job but he ran away. He was brought back to the workhouse and sent to Wallingford Farm Training School.” 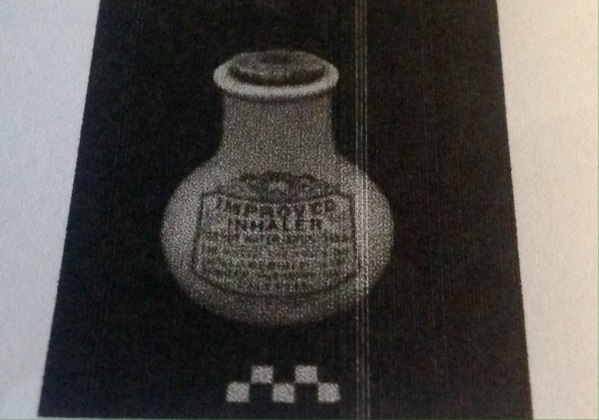 I have been forcibly returned here to take part in a training course at Wallingford Farm Training School.

I was on the road for a while before they caught up with me, at least I will be working in the open air. I couldn’t stand working in that bloody factory any more! I ran away. I have developed this chesty cough now and I have to regularly attend the sickbay. The nurse says I have to use this strange china thing whenever I get clogged up with mucus. Apparently it is filled with hot water and I breathe it in before I go to bed at night or in the morning, before I go to work. I slept rough for the time I was on the road and the Matron thinks that is where I became ill, from the damp and cold. I spoke to the Doctor when he visited last.

“What happened to me?” I asked.

“You are a victim of your own stupidity.” Replied the Doctor.

“Me stupid? Never. At least I got free from the chemicals that were swirling around that factory.”

“You will have to continue to use the inhaler morning and night in future. The fresh air working on the farm will do you good. I will see you again in a month.”

I like working outside but I do have this chesty cough that keeps me awake at night, I have to take the inhaler to bed now. The man in the next bed didn’t wake up today. They took him away and he disappeared. I think he died of TB, someone said it is a curse of the age.

It is my birthday next week. I will be seventeen.