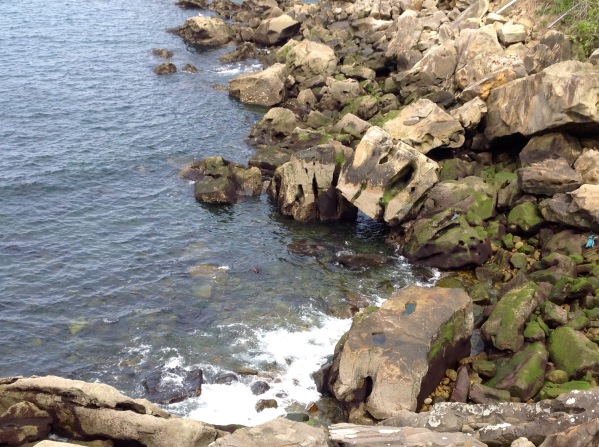 Bill threw the rope over the sides of the rocky cliffs. There were very slender trees growing on the face of the rocky escarpment, much vegetation had taken root in the sediment that was regularly deposited from the rain and by the amazing variety of birds that were constantly flying over the cliffs.
“We will search here first! I am sure we are on the right track. My instincts tell me that somewhere around this area the valuables were deposited after the galleon came to grief on these treacherous rocks, all those years ago.” said Bill
“OK!” replied Chloe. “There must be an entrance to a hidden cave somewhere around here. That gigantic storm yesterday, really did shake the rocks, the skipper of the fishing boat, “Seagull” was certain a cave appeared and disappeared, before his very eyes. Legend has it that the crew of a wrecked Spanish galleon transferred a huge stash of treasure into a cave here, before a storm and a landslide sealed them in with the booty, never to be seen again. The empty wreckage of the abandoned galleon was discovered by rescuers the next morning.”
“I am hopeful we may have stumbled onto the legendary cave of Spanish gold!” Bill buckled himself to the climbing rope and began the slow descent of the steep cliff, pushing his feet against the hard rock surface frantically searching for clues. The slightest crack or crevice that would be a clue to the riches sealed underground, undisturbed for centuries.

Chloe took a risky decision and threw a rope over to join Bill in his search, guiding herself down the sharp rocks, searching hard for the slightest clue that may make them wealthy beyond their wildest dreams.

The clouds gathered above the harbour as they began their search. Suddenly Bill gave a shout of delight as he discovered an opening in the cliff face. At that moment there was a huge clap of thunder a sudden storm started to shake the rocky surface to the foundations. Lightning forked and flashed, huge raindrops started to pour over them with soaking sheets of water that swiftly gathered into rivulets pouring down the gulleys and crevices of the rocky formation on the cliff-front. They both took cover in the opening Bill had discovered, that turned out to be a small empty cave. There was an ominous rumble as the raging winds and torrential rain continued unabated and rocks began to move in a sudden awful landslide that closed the entrance to the cave.

Bill and Chloe were not reported missing for three days and it was a whole week before the story of their search for treasure became public. Search parties were sent scouring the rough rocky terrain on and around the cliffs, sadly without success.

A memorial was placed on the top of the cliffs where it was thought the two young lovers had perished,

People still search for the mysterious hoard of Spanish gold. 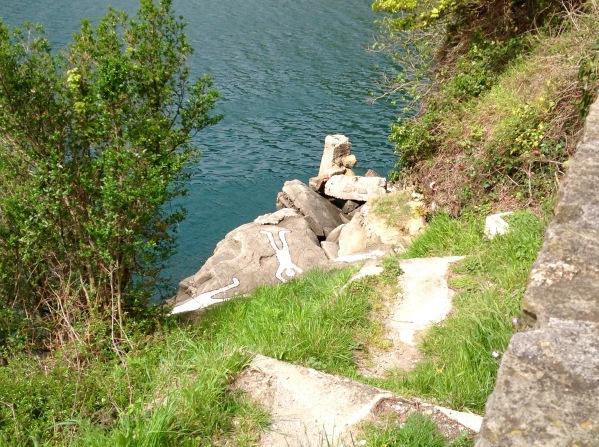