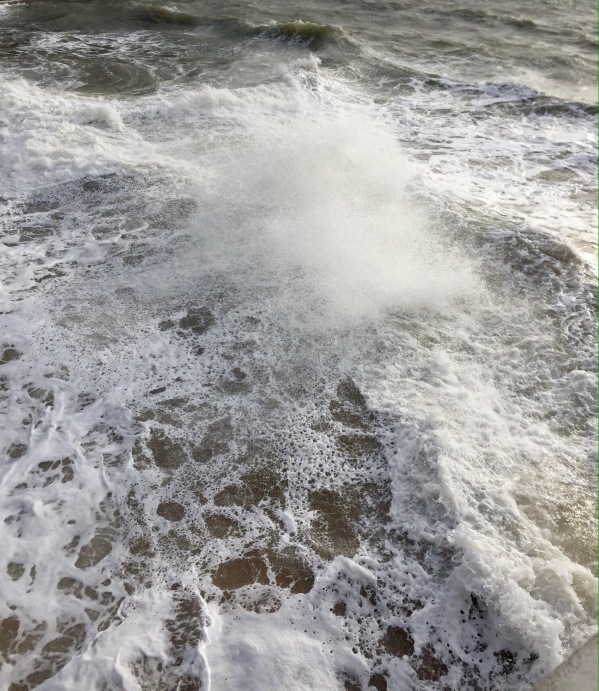 Driftwood, bobbing and bouncing on the top of the waves, was the first clue that Old Tom had claimed another unwary, unsuspecting victim.
Our hearts sank whenever large spars of wood came drifting in on the foamy, relentless, rough waves in exceptionally stormy weather.
Old Tom was the name given by the locals over many centuries to a line of cliffs that were hidden at the entrance to the harbour. Obscured from the sight of incoming vessels by the high waters. There was a large rock, shaped like a giant, hence the name and the well deserved ugly reputation.
Several battered suitcases and wooden barrels arrived bobbing into the waiting arms of the people lining the shore. These wrecks always drew a crowd of locals searching for the remains.
This wreckage seemed to be different than the usual detritus that floated into shore. 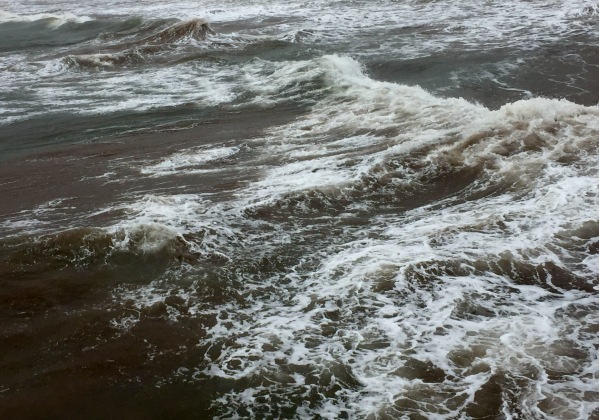 “I wonder if there were many lives lost out there this time. Last time Old Tom claimed twenty-nine. I hear we must be thankful for small mercies, the rocky arms of Old Tom have embraced many of our enemies in the past and saved us from invaders.” Billy Martindale said to his wife Josie.

Josie looked pale and drawn, dragged from her customary hard routine of caring for their home, she had always accompanied her husband to lend assistance if there was a shipwreck.
“I sincerely hope not!” she replied.

Billy and Josie had lived on the cliffs of this perilous coastline for thirty five years, a harsh way of life, that both of them had learned to accept the hard way, as they knew no other. They had two sons Bert and Jack, who had long since left the safety of their home and gone to sea.

The first of the dead floated in.

Then another group of bodies were washed up on the shore. These were families, and the horror set in as the extent of this tragedy began to slowly unfold.

The Coastguards and the Lifeboats returned to shore after a fruitless search for survivors.
The newspapers reported another boatload of refugee asylum seekers had been drowned that day off the rugged, rocky coast.
At the final tally, Old Ben had claimed another forty nine lives.
Sadly the horrors that drove these people to seek sanctuary, seem so ongoing and insoluble that we can only pray for future peace and goodwill in this world.