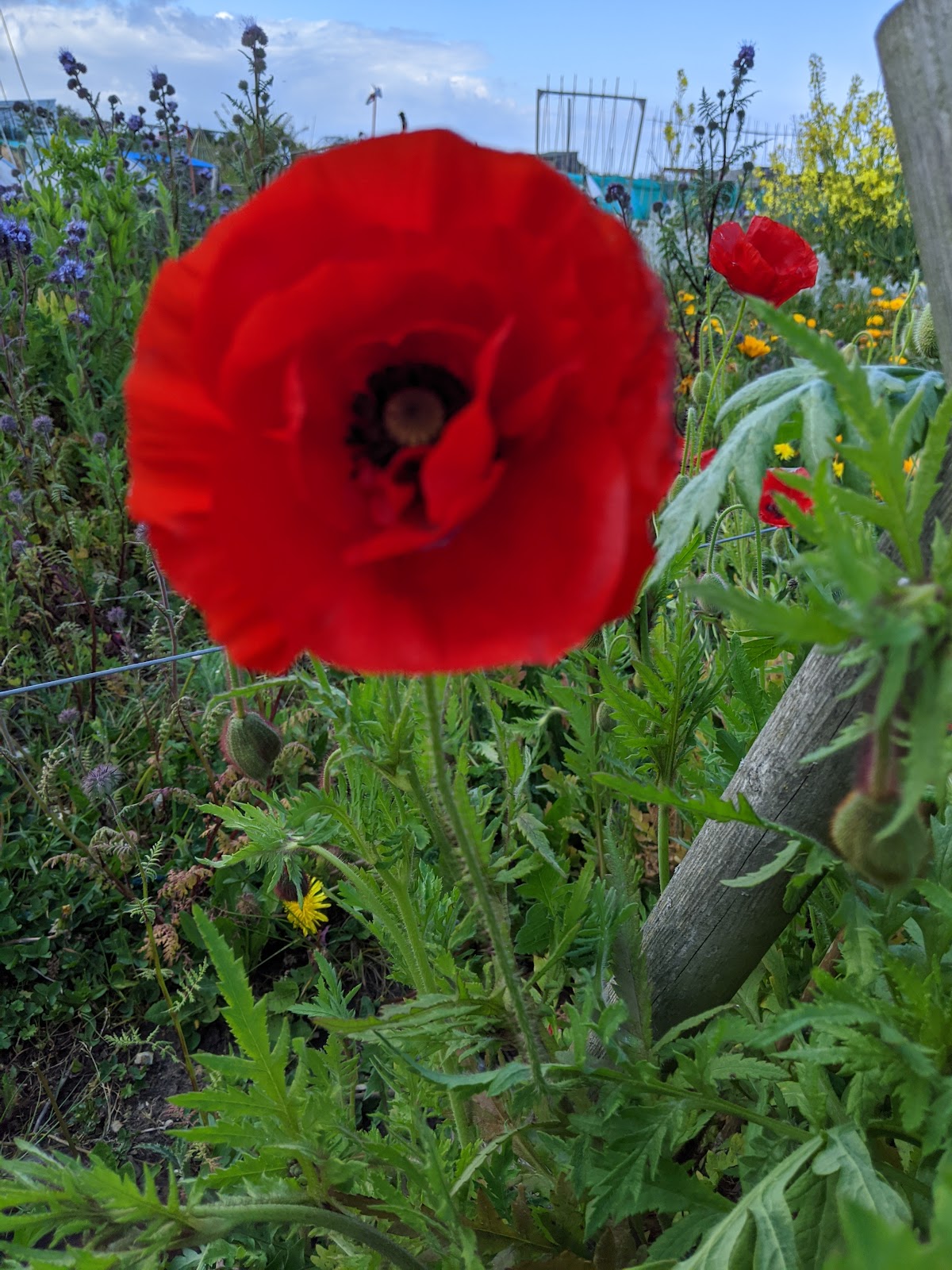 I snapped these beautiful photographs of poppies when Margaret and I were working on the allotment today. They’ve just appeared over the last couple of days. The poppies on our allotment are so prolific and spread so widely and fast, we usually pull them up as weeds and consign them to the compost heap. I have to admit I’ve never seen any as beautiful as this single large poppy in the photograph below. The luscious petal arrangement could be likened to a rose, it’s almost unbelievable that this is just a common wild poppy.

My limited knowledge of Poppies was generally reduced to the fact they are almost universally associated with death and remembrance. I was also vaguely aware they were associated with opium and all the tragic history connected with that.

I decided to do some research on the mystical meaning of Poppies through the centuries. I gathered the following facts from Wikipedia.

Poppies have long been used as a symbol of sleep, peace, and death: Sleep because the opium extracted from them is a sedative, and death because of the common blood-red color of the red poppy in particular. In Greek and Roman myths, poppies were used as offerings to the dead.

The poppy of wartime remembrance is Papaver rhoeas, the red-flowered corn poppy. This poppy is a common plant of disturbed ground in Europe and is found in many locations, including Flanders, which is the setting of the famous poem “In Flanders Fields” by the Canadian surgeon and soldier John McCrae. In Canada, the United Kingdom, the United States, Australia, South Africa and New Zealand, artificial poppies (plastic in Canada, paper in the UK, Australia, South Africa, Malta and New Zealand) are worn to commemorate those who died in war.

There is such an abundance of information connected to the use of poppies and the significance of poppies, I didn’t want to turn this small blog post into a book. Suffice to say Margaret and I will try to save some of the seeds from this magnificent bloom to transplant into a corner of our garden. In the photograph below a cornflower took centre stage, but that will be a post for another day. 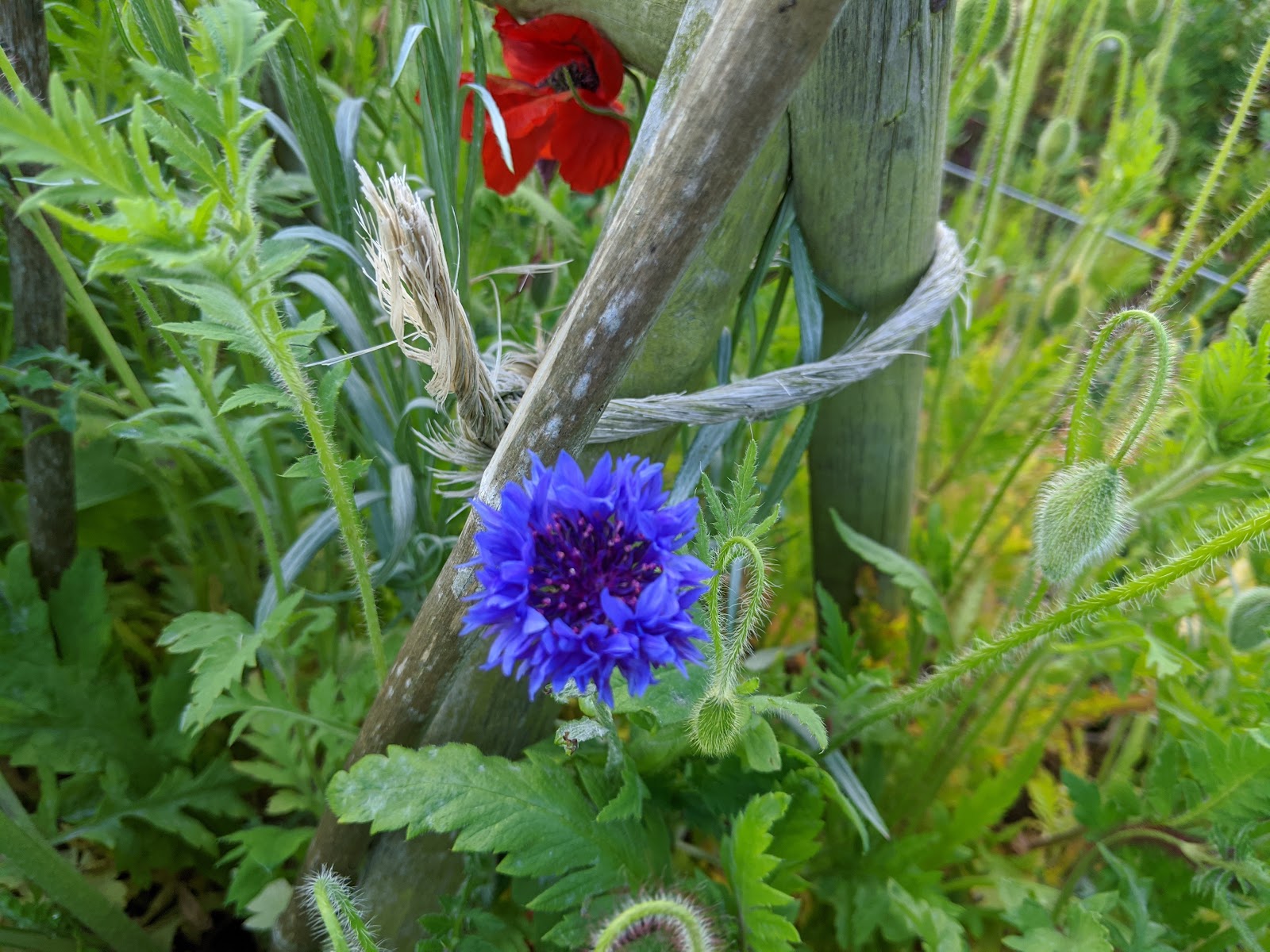