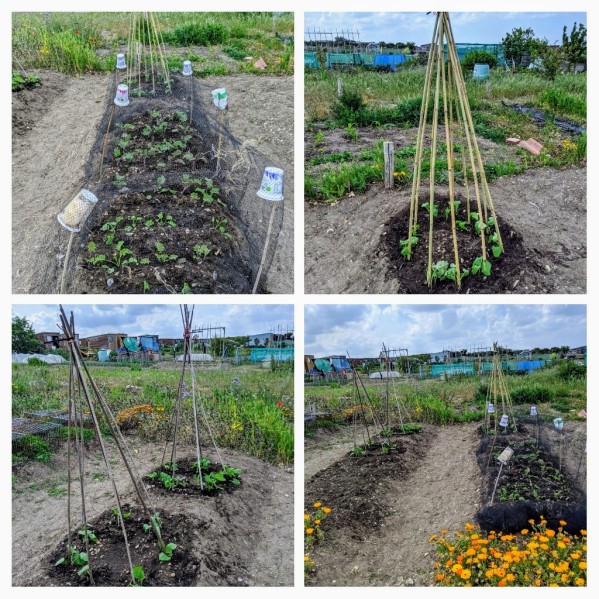 Today I intend to write about Beans. Yes, common Runner Beans. Part of most people’s childhood in the west is an introduction to the English fairy tale, ‘Jack and the Beanstalk.’

Where the indomitable Jack sold the family cow for a handful of beans that later grew into a giant beanstalk. Later after a few, ‘Fee-fi-fo-fum, I smell the blood of an Englishman,’ yells, the giant dies and Jack and his Mum live happily ever after feasting off the proceeds of the hen that lays golden eggs.

We planted our Runner beans on the allotment yesterday.

I constructed the above wigwam from a bundle of 10 new

6 foot bamboo canes for the beans to climb. Margaret has volunteered to climb this particular beanstalk to harvest the freshest tastiest beans at the top on the frame. If she does encounter a giant, I will be at the bottom with a pair of pruning shears.

It won’t be long before we are enjoying fresh new potatoes with mint and gently steamed fresh beans. Runner beans are a great source of fibre, which not only plays the lead role in making sure our digestive system is running at its best, but has also been shown to help prevent weight gain, some cancers, heart disease and diabetes.

We also have some french bush bean seeds in rows alongside the mighty runners. These will certainly not be high enough to harbour any giants or hens laying golden eggs.

I looked up the phrase ‘Full of Beans’ and this is what I came up with.
Originally, this phrase was known as “Full of Prunes” and then “prunes” was replaced with “beans”. The phrase originated in Europe in the 14th century when horses were fed with beans grown solely for fodder. After feeding the horse, the owners often noticed that the horses became quite energetic and lively. Hence the phrase originated to refer to this state of liveliness.’
Source: theidioms.com

The beans in Jack and the Beanstalk are believed to be fava beans and they have a magical history all their own. With evidence of their incorporation into diets dating back to at least 6000 BC, fava beans are one of the oldest cultivated plants. Their hardiness and ability to endure cold climates contributed to their endurance as a crop. It also earned the beans magical status in Sicily, where they were considered more than merely food.

One of the things I notice occurring frequently on the social media areas of public entertainment is the propensity of people who tend to jump on the bandwagon. Since I’ve begun to cultivate my blog and publish on a more frequent basis, I’ve had several emails offering me work. I have to say I usually explore these offers but I have never been guilty of taking the bait, particularly when the person refers to the mysterious ‘us,’ i.e. ‘Would you like to write for us?’ When tackled about who these unidentified ‘us’ are, the reply is usually a woolly, ‘some very big people.’ …

I offer this advice to all prospective grow your own bean experts.

‘Beans and some other legumes, such as peas and lentils, have a reputation for causing gas. Beans contain high amounts of a complex sugar called raffinose, which the body has trouble breaking down. Beans are also rich in fiber, and a high intake of fiber can increase gassiness.’ 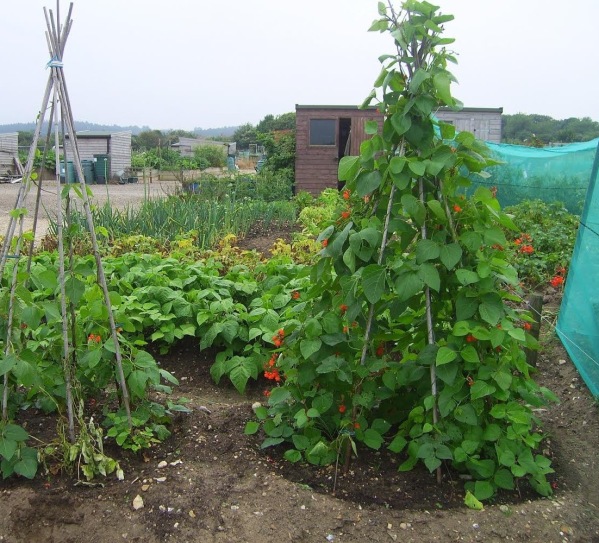