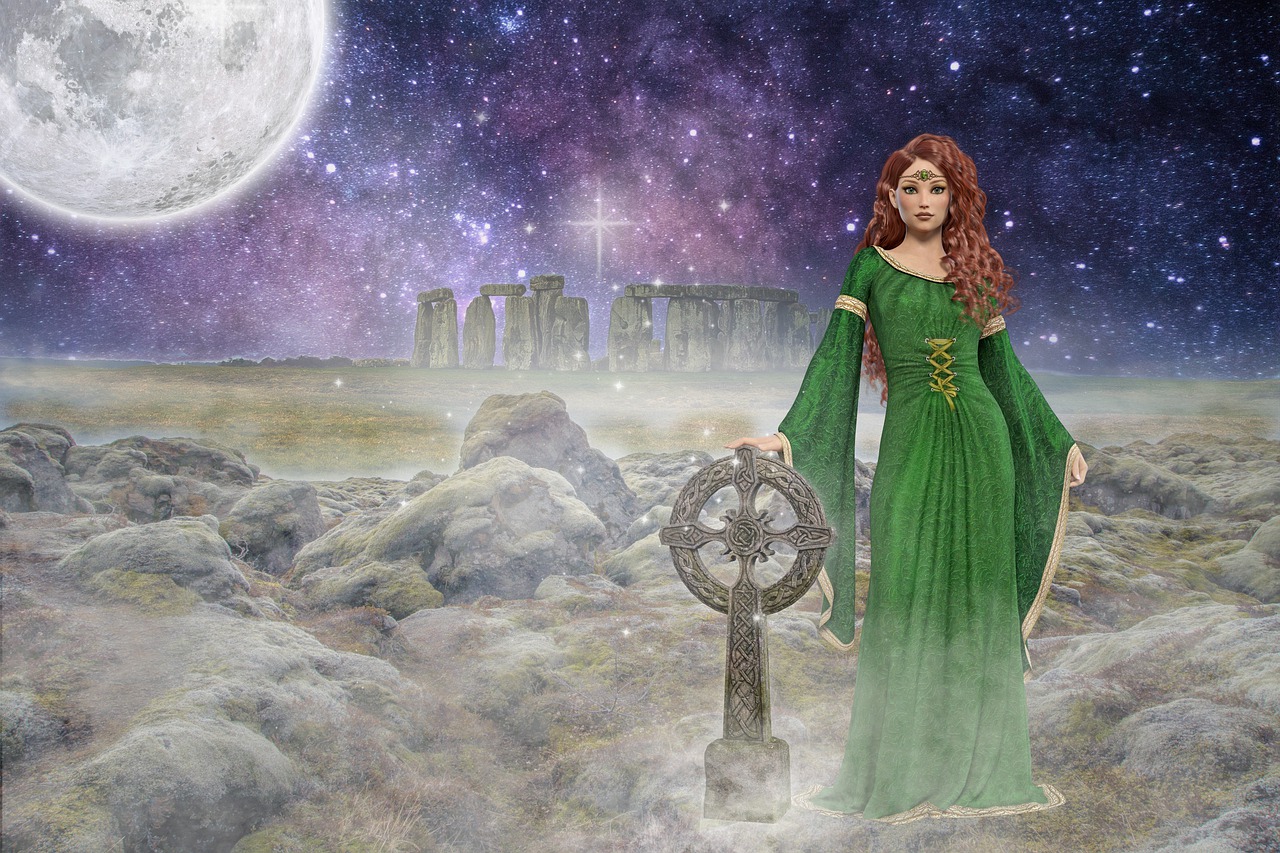 The night was perfect for Eli, he had been waiting for the full moon. There was a faint mist swirling around the huge monolith. The stones were lit up and conditions seemed just right.

He’d been sad for weeks since his lifetime partner Miriam had been killed by a lightning strike.

It was out of the blue a sudden electrical storm with wicked forked lightning had quickly blown up and taken the life of Miriam.

Eli had searched through his many volumes of magical spells and came across the perfect spell for bringing life back from the dead.

Eli had some locks of Miriam’s hair that he placed on the largest stone, known locally as the altar stone.

He intoned the age-old words and called to the misty moonlight to raise Miriam’s spirit.

Suddenly there was a heavy downpour, with crashing thunder and streaks of lightning that cut through the misty atmosphere.

Eli was struck down and died instantly. Miriam had been calling to him from the other side of the curtain of death.

Their spirits were reunited by the light of the mystical magic of a blue moon.

The storm soon petered out leaving Eli’s lifeless body draped across the altar stone. There was a smile transforming his face in death.

Here is my take on the eye-opening performance of the play ‘Les Blancs’ written by by Lorraine Hansberry., currently streaming on YouTube by the National Theatre. I think this is what reality theatre should be highlighting. The unacceptable face of a whitewashed history.

Take a shack, place it in the middle of a revolving stage. Surround it with throbbing beating African music and let the story unfold.
Except this was no story, this was the largely untold and hidden history of the horror and abject cruelty of racist imperialism. The hidden history of many European countries who colonised parts of Africa and bled the inhabitants dry of resources and treated the inhabitants as slaves or lesser members of humanity. This play obviously focussed on British imperialism, although it was written by an American, Lorraine Hansberry.
Three African brothers are drawn together to attend the funeral of their Father. The shack represents a mission, where the local hospital is located. At the same moment an American writer arrives to research a book he’s writing on the situation in this unnamed part of Africa. The brothers are all from different spheres of life. The first of the brothers we encounter and who plays a leading role in the play has traveled from the USA, where he is married to a white woman, with whom he has a child. The second brother we meet is a priest who is preaching the white man’s religion and is thoroughly imbued with the white man’s culture. The third brother is a helper in the mission and appears to have a relationship with one of the white medical staff who provides him with alcohol and cigarettes. He is a half brother, conceived as a result of a rape of their Mother by an Army officer.
There are a melange of important characters who make up the white colonial cast, including a blind elderly lady missionary, two doctors, one male and a lady doctor.
The dialogue and the interaction between the various players is a powerful statement of the undercurrents of racism and revolution running through the country at a certain point in time. Revolution against the imperialist invaders is always in the background. The music and the scenes of cold blooded murder, by both the oppressors and the oppressed. There are rumours of white families including babies slaughtered by the rebels as the revolt against imperialism builds apace.
Watching and recording everything as it happens in this racist microcosm of African life is always the American writer. Observing and questioning the background and behaviour of both the native rebels and the imperialist invaders.
The language and the portrayal of the white supremacist treatment of the natives is shocking and the murders take place openly. The background culture of the lady missionary and the lady doctor as they try to make sense of an insensitive situation is an education in itself. The military presence is portrayed brilliantly by a cruel, racist military officer who has no qualms about shooting and killing a suspect in cold blood.
The tension builds as the revolt draws closer and closer to the mission and the white population are ordered to evacuate and leave the area.
As the American writer leaves, the  lady missionary pleads with him to, ‘Write it and tell it as it is.’
The play makes its way to the final scenes.  The remaining two brothers are arguing in a passionate scene and the priest is killed by his brother, who returns to his tribal roots and joins the rebels. The revolution arrives with fire as the mission shack is engulfed in flames.
The reality behind this extraordinary play is the hidden history behind the story the author has vividly brought to life. This is the reality of a history that is never taught in schools, perhaps because the establishment is ashamed to draw attention to a past that will always be a stain on the conscience of imperialist colonialism.

Sadly I think very few people will see this performance as the bulk of the viewers will be too busy watching soaps to tune in.