Home » Flash fiction » THERE’S A DRAGON IN THE BATHTUB

This is a response to a Flash Fiction prompt from ‘Putting My Feet In the Dirt’, Writing Prompts hosted by ‘M’.
Which can be found by following the link below. 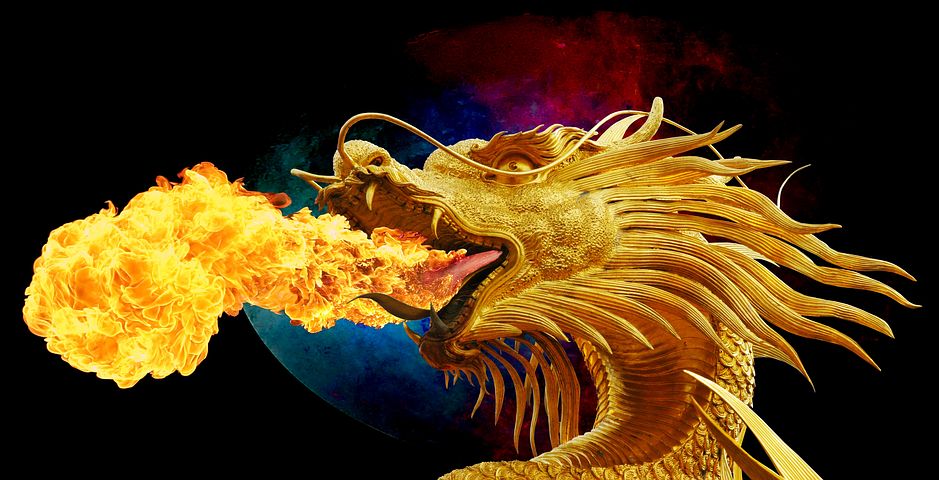 THERE’S A DRAGON IN THE BATHTUB

George was a dreamy sort of a lad, he had just enjoyed a huge lunch and he’d closed his eyes and drifted off.

He found himself in a large castle, with a drawbridge over a moat. Thick walls surrounded him everywhere and from the battlements the view was stunning. He found himself exploring immediately and was soon in the great hall where there were shields hanging on the walls and a large round table. George wandered from room to room in idle curiosity just soaking up the medieval atmosphere.

He soon  arrived in a room with a large open topped tub in the centre of the floor. He was puzzled because there was a distinct smell of burning coming from behind some large screens.

He peeped through  a gap to see the strangest sight he’d ever seen.

There was a small insignificant dragon relaxing in the bathtub with his nostrils breathing fire.

George awoke with a start as his Mother came into the lounge complaining about his rugby kit, with a large Welsh flag lying in the bathtub where George had dumped them when he returned from school.

3 thoughts on “THERE’S A DRAGON IN THE BATHTUB”