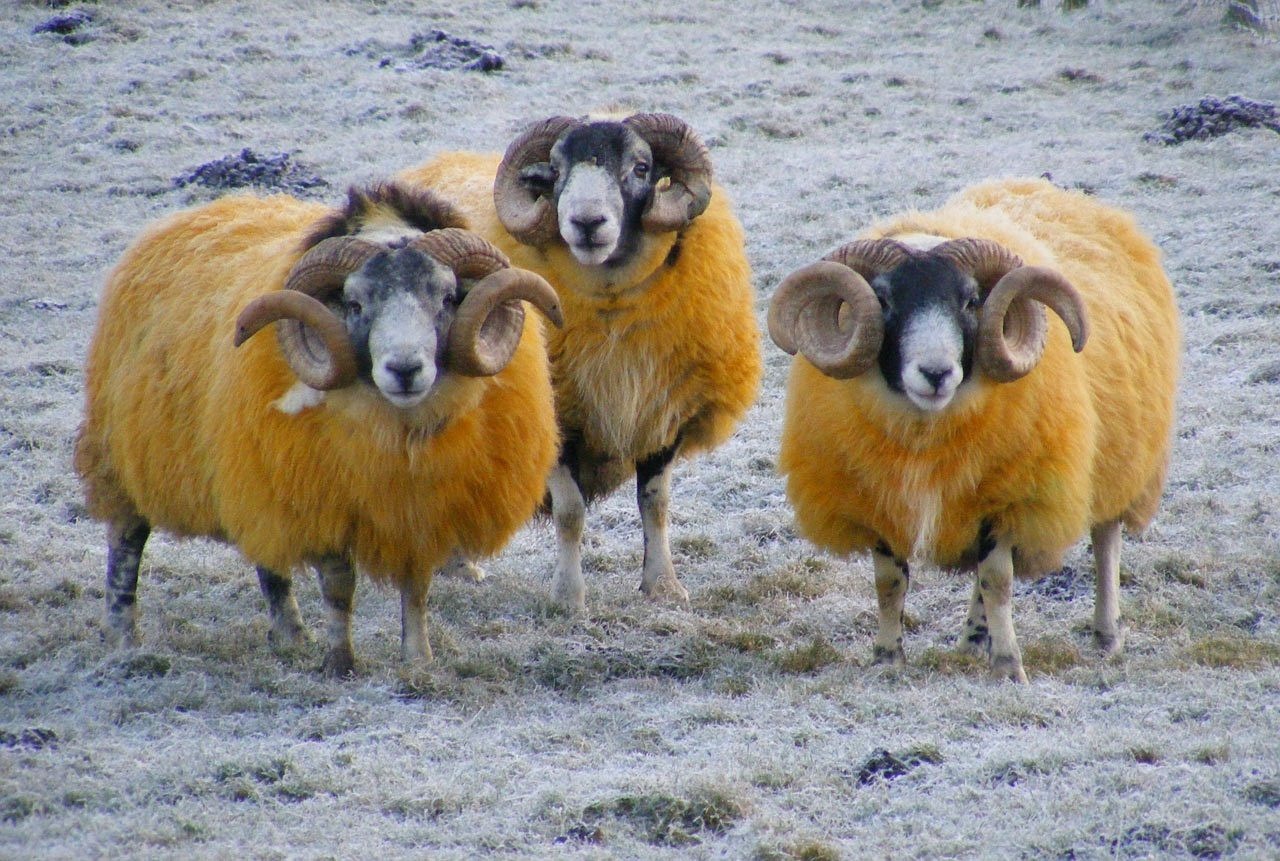 It was a damp Autumn day on the moors. Billy and I lived next door to each other in a row of workers’ cottages on a fifty acre farm. Billy was a shortish lad, about 4’ 10” tall with a shock of brown hair and brown eyes to match. He had a stocky muscular build that he used to good effect when he indulged in his favourite sport of boxing. In contrast, I was a comparatively lanky lad at 5’5”. I was always described as a bookworm, avidly reading every word that came my way, even on the sides of sweet wrappers and popcorn bags.

There was a dense mist on the moors on this particular day, the smell of damp grass was swirling around and visibility was limited to about three feet in all directions. We wandered through a small wooded copse in the bottom of a shallow valley where we came upon four unusual sheep, huddled together for warmth.

I nodded and made to get closer to them but they ambled away into the trees as I approached. ‘I’ve never seen any sheep like this before Billy; we’ll have to tell the farmer.’

‘You’re right there Walt! Let’s continue on our way and follow our noses. These trees are a rookery, that’s why there is so much noise from the roosting birds. I have never heard of rooks daring to interfere with sheep and these four look quite healthy.’

We continued to ramble across the moors and unusually we took a trail that led to some rocky stone walls that were boundary markers. To our surprise, we met an elderly man, wearing an old fashioned overcoat tied around the middle with a piece of string. He carried a long stick with a crooked handle and he was wearing a floppy hat. He was seated on a wall and he appeared to be consulting a map which was in danger of taking off with the wind.

‘Hallo lads!’ he said, ‘I’m Gabriel and I’m trying to locate four of my prize sheep, these are a special breed of Bourbon blondies that wandered away from the flock this morning.’

At this point a large sheepdog bounded into view and Gabriel gave him a pat on the head. ‘I’ve been trying to figure out where I am from this map, but I can’t make head or tail of it.’

Billy said, ‘We saw four yellow sheep in a copse just a couple of miles away back there. We can take you there if you like.’

‘Don’t worry, Bruce and I will find them. Thanks lads.’

It was then I noticed the map he was studying was a map of France but I didn’t like to mention it.

Next day the farmer searched high and low for the shepherd with the odd sheep but they were never seen again.