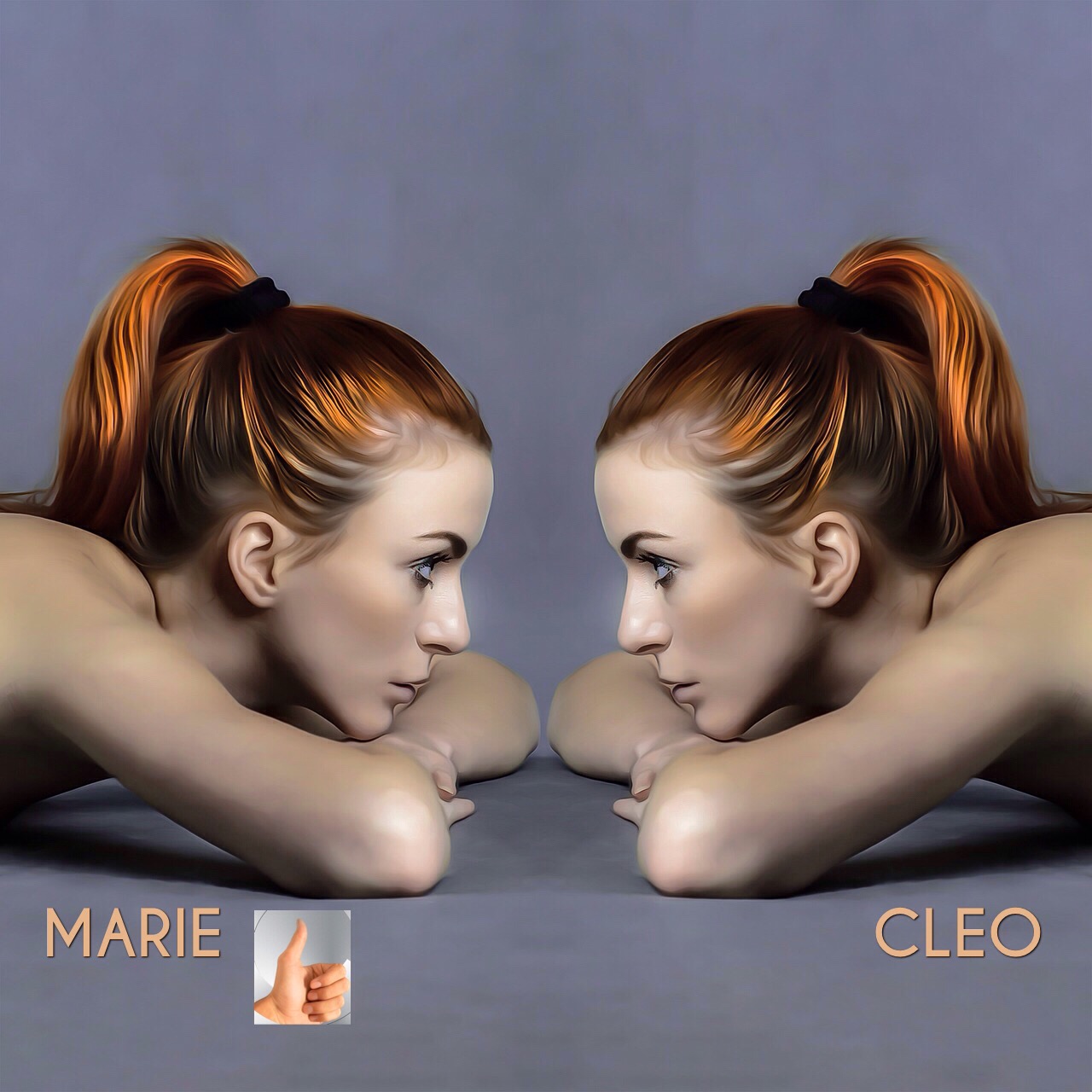 The Dawson sisters were identical twins. Judging by looks; it was hard to tell one from another. Yet somehow, it was easy, once you got to know them well. One of the sisters was extremely introverted by nature and the other sister developed exactly the opposite characteristics. I will let the story unfold and allow the reader’s natural judgement to separate our twins. It was the time of the school Christmas pantomime; which was to be ‘Cinderella,’ this year. The twins, Cleo and Marie, were desperate to be in their first stage show. They went to the audition together, where the only roles left were the ugly sisters. Everyone agreed they were far too pretty to be cast as ugly sisters.

The girls were devastated;  they begged, pleaded and made such a scene. It was then, their dramatic acting abilities became clear.

Cleo was particularly vociferous; ‘We will be perfect for the parts as we’re real sisters. We won’t even have to act the parts. Will we Marie?’

Marie had her thumb in her mouth and simply nodded, having wiped away some stray tears with the back of her hand.

‘I can see you would be perfect for the part of one of the sisters Cleo, but would Marie be capable of playing a bully? Both of the ugly sisters bully Cinderella.’

Marie still had her thumb firmly lodged in her mouth and she seemed to be about to answer when Cleo responded.

‘Of course she can! it’s only a play not real life.’

Miss Eagleton the casting director decided to send them to a makeup artist to work magic and make them appear ugly.

The professional makeup artist threw her arms up in the air, and shouted. “Impossible! I cannot work with these girls. How can I be expected to change Beauty into the Beast, twice?”

Once again, between them, the two girls created such a scene, Miss Eagleton quickly caved-in and agreed to do her best. Make up was applied liberally, wigs were added to create an effect of individuality. Everyone agreed that she had done her best but the twins would have to act even more ugly to complete the effect.

Cleo was a natural actress and she was able to portray herself  as ugly as she could possibly be, in everyone’s opinion. Marie got through the transformation almost without uttering a word.

Then fate stepped in, Mr Soames received a message from his star of the show, Eve Simpkins, informing him that she was unable to play Cinderella as she had developed laryngitis and her voice had become gruff and masculine. Mr Soames then announced there would be some changes in the cast.

‘Eve Simpkins will be recast as one of the ugly sisters and one of the twins will play Cinderella.’

A voice from the group enquired, ‘Which one of the twins have you got in mind? The bossy sister or the quiet one?’

‘I’m choosing the quiet one. The thumb sucking sister is perfect for the part. If we can keep her thumb out of her mouth.’