You bought a memory foam pillow at a garage sale. Little did you know that it wasn’t an ordinary pillow. The pillow gave whoever was lying on it the memory of its previous users. 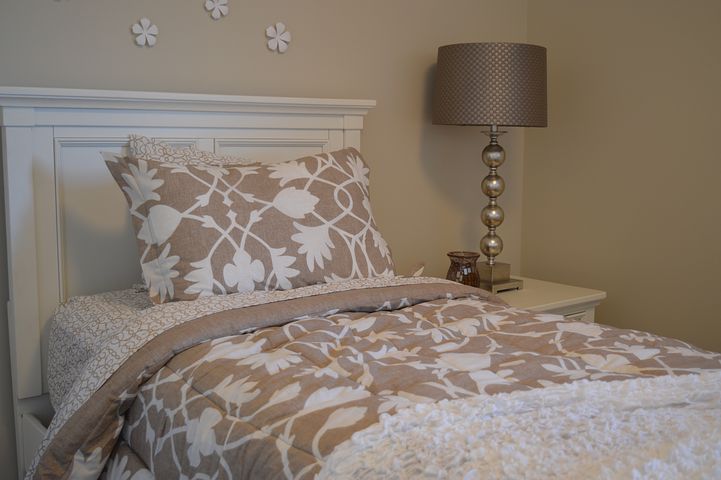 I’m a single man, living in a sparsely-furnished bedsit in a densely populated area of the city. It was pushing the bounds of reason to describe this place as furnished when I first rented it and I had bought many items to make things a little more comfortable from local charity shops and garage sales.

It was Sunday night when I started to feel odd. I remember suddenly waking with an urgent desire to visit the bathroom. I was feeling quite muddle-headed and I had to blindly force myself to remember where the bathroom actually was. I simply put this down to the result of a heavy-headed sleep and I got back into bed and tried to sleep.

I lay awake for a while and my mind began to drift over some odd subjects. I began to worry about getting caught and arrested by the police for my crimes. The criminal offences I was ruminating over were connected with money-laundering and extortion. I remember thinking they were just a series of ultra-realistic dreams. I brought to the surface of my mind a whole sequence of events and places where I apparently had lived and images of the people who were also involved in these criminal activities. Eventually I drifted off into a deep sleep until the alarm clock shrilled out and it was time to get up.

I dressed for work and stopped in a small local cafe for breakfast. The weird dreamlike experiences from the night suddenly came to mind as I sat and ate and I thought I recognised the area where I was supposed to have lived and committed my crimes. The house was much like a large detached place where I had stopped to buy some items for my flat from a nice lady who was having a garage sale to clear some unwanted effects.

I didn’t think anything else about the dream when I got to work as I was far too busy working on some intricate accounts.

I was shattered at the end of the day as I hadn’t slept too well the night before and I went to bed early, where I immediately fell into a deep sleep. I woke a couple of hours later and visited the bathroom, again I was unsure where the bathroom actually was and I seemed to be unfamiliar with the way things were situated. I returned to the bed and tried to sleep again, without much success.

My pillow was uncomfortable and I turned it over and over trying to get the memory foam to fit my posture. Then I remembered I was married to a lady named Jean and we had been wed for three years. My brother and sister were also living in our house temporarily but they had both recently left the house. Jean had cleared everything out from their rooms, dumped some junk and had a garage sale with some other items, in aid of a local charity.

I was heavily involved in a betting business where I made high profits from money-laundering and much besides.

The next day everything faded into the background when I woke and I dragged myself to work and over my lunch break I confided in my friend Shirley.

We decided to visit the house I remembered from my dream, on some pretext and check out the lie of the land. When we got there we found the house empty and shuttered up, the neighbour next door informed us they had moved overnight.

When we arrived at the office there was a message for me from my neighbour at home to let me know there had been a fire in my house and the whole two flats, including mine, had been destroyed.

Shirley and her husband immediately offered me the benefit of their spare room for a while until I was able to find somewhere to live.

Strangely, I never, ever, experienced those strange dream-like feelings again.

I woke up in a haze of non recognition of where I was, who I was and how I had arrived here.

Everything was strangely unrealistic, unusual, unrecognisable a colourful arena on a world of kaleidoscopic strangeness. As if a disturbed artist had poured and continued to pour his paint in rivulets of colour on an ever changing landscape. An orange flare dazzled the permanent light that shone from the multi coloured suns lighting up the distant horizon with a green fire that seemed to be all-consuming. Billows of purple steam suddenly sounded loudly, hissing and spluttering as blue liquid stone flowed down a yellow ochre liquid bed on a river of jagged rocky liquid. There was a silent crash of electric thunder as a winged figure sped up from the bowels of the middle sky. Emerging from a point that mystically merged with the pink of a rising horizon and the disappearance of the future into the past. A point in time that was midway between now and then.

“Welcome to the world of Sci Fae!”  Boomed a falsetto base sound, that seemed to convey communication as if a note composed of a base clef swimming in an ocean of liquid soprano had arrived together to assault the ears with pure music.

Then a loud buzzing as an alarm sounded on the machine that lay in waiting. An information loaded gadget waiting for the button to be pressed to silence the alarm.

I tore myself away from my dreamworld of the night, to face the familiar mundane music of snarling, honking, beeping traffic that I would certainly become a part of soon. An alarming prospect indeed.

“Morning Darling!” I mumbled as I dragged myself out of bed.