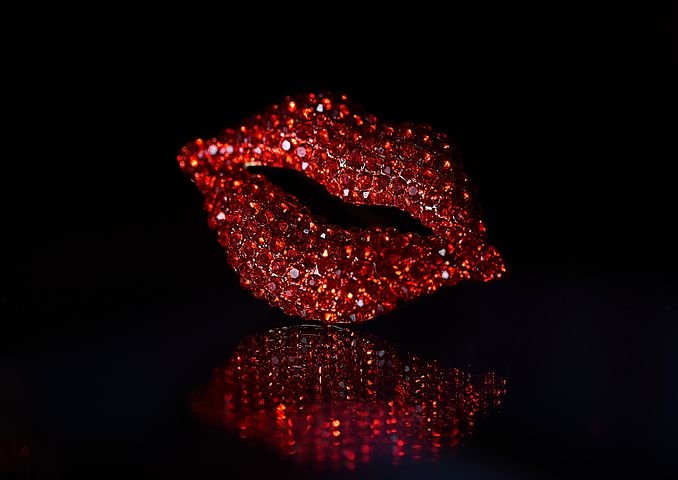 The tropical rainforest steamed as the heat and rain mingled to create the perfect growing conditions. The Professor and the team were on an exploratory expedition, to discover an almost mythical species of flora, that was rumoured to have extraordinary effects on the human body.

The Chief native guide who had an unpronounceable name, was commonly called Chalky by one and all, due to his habit of wearing white zig-zags all over his body. On this day he approached the Professor. to parley.

“We are getting close Boss! The plants are growing everywhere in the next wide clearing. Many spirits of our tribe guard this secret area. We will have to take care we do not tread on sacred ground.”

“Of course! We will extend every due respect to you and your ancestors Chief. Mrs Mills, who funded this trip is keen to sample the amazing effects of these wondrous flowers immediately. I am here to take some seed and samples to reproduce the effects at home in our country.”

The team crossed a broad river, over a rickety bridge, and were immediately confronted by a sea of yellow flowering plants that stretched as far as the eye could see.

“Almost like a distant relation to our own dandelions. I believe dandelions are a useful diuretic if they are taken in vast quantities of dandelion tea.” said the Professor interestedly.

The team quickly set up a camp on the edge of the clearing and began harvesting some of the roots, leaves and the yellow flowers.

Chalky, the Chief, began to instruct the Professor’s assistant in the preparation of the plants, to produce the desired effects.

Seventeen stone, Mrs Mills stepped forward, “I hope this works on me, I really need to lose weight instantly.”

The professor nodded, and reassured her that the effects had been working for centuries on these tribal people.

The tribal shaman instructed Mrs Mills to lie prone on a stone altar and the prepared fluid was administered. Instantly water started gushing from every pore and orifice in her body. The shaman stepped forward and administered an antidote to stem the flow. Almost half of Mrs Mills body fluids had gushed away in seconds, before the antidote was administered.

A very surprised Professor then exclaimed,  “Call the medics forward to examine Mrs Mills at once!”

A stunned Mrs Mills had lost a great deal of her body-weight almost instantly.

This is the latest Picture it and Write prompt from Ermilia’s blog.
http://ermiliablog.wordpress.com/2014/10/12/__picture-it-write-92/
As always the image is provided and credited  by Ermilia

The Seeds of Release

My very good friend Peter is a Botanist, we spent 5 years in college at the same time where we became very close friends. I studied Medicine and Natural Sciences. We were both keenly interested in Botany and the undiscovered plants hidden deep in the Brazilian rainforest. My father is an industrialist and decided to fund an expedition to allow Peter and I to follow our dreams, for a share of any profits.
We arrived in Brazil, where we met a man named Luiz, who we took to, immediately. He was a native from the rainforest and he offered to be our guide and expedition leader, and help us get the expedition together. In the name of Science, we made the trip into the depths of the rainforest to search for medicinal plants.
Luiz was an expert on the rainforest folk lore and we trekked for miles through the almost impenetrable jungle. We reached a distant village, that looked like a permanent camp-site, after many days of onerous travelling. We met with much danger on our travels and survived.
As we approached the village a poisonous snake suddenly pounced from the trees above and bit one of our bearers in the face. The shaman from the tribe, was summoned, and quickly arrived and produced an unusual hairy pod full of shiny seeds, he quickly ordered the bearer to swallow one of the seeds. Following this the injured man lay very still. We were enthralled.
“These are the seeds of despair”, he proffered the strange hairy pod open and full of round shiny seeds.
“The seeds of despair, whenever the mind is sad or in a black abyss, these seeds will chase the illness away”.
We were overcome with joy, here was a cure for depression. The black dog that affects so many people in the Western world.
The wise old shaman then went on to say these wonderful seeds would cure the effects of memory loss and the slow deterioration of the old and aged people.
We could not believe the implications of taking home a cure for Alzheimers disease.
The learned shaman then began to speak of another world where happiness reigns and sickness and death no longer matter.
These magical seeds bring instant transportation, and a very quick passage to heaven, where the cure is complete.