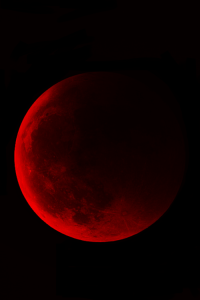 The castle looked fantastic. We had arrived in orbit around  a mysterious red planet. A massive fortress loomed up as we arrived and our spacecraft began to orbit around the planet. A construction that seemed so mysteriously huge it was visible from space.
“Wow!” ejaculated Palmer, the officer in control of the outer cameras.  “What’s that? It seems to be shining like gold in the path of the light reflected from the twin Suns orbiting the planet.”
“I’m not sure but I think that is actually gold, or it could be a brand new material unknown to our science. We better get down there and take a look. Prepare to land. Take your places  everyone in the landing party.” said the Captain.
“OK, Captain”  shouted  Palmer, “Remote surface readings, indicate an atmosphere that is identical to Earth’s. There is a solid surface, one mile away from the castle. The area around the castle, however, is reading as unstable, almost like a quicksand in the desert. I can only describe this as a dust moat. There is no indication of life anywhere at this time.”
“stand-by team! We are going down. Follow my instructions to the letter, we must be on our guard against all eventualities.”

The desert Suns were competing with each other to scorch the surface of the planet, as the spacecraft set down as close to the castle as possible.
Gold was the card that drew the travellers to this scorching, parched, planet. A solid gold castle that promised astounding riches.
After the travellers had left the spacecraft, they found themselves trekking through the desert towards the castle. A castle that seemed not to be getting any closer but seemed to be exactly the same distance away.
A strong whirlwind began to swirl the surface dust of the planet, covering everything and everyone. Visibility became poor, then impossible, the team quickly erected pods to shield them from the swirling, whirling maelstrom of dust.
Some time later when the storm had abated, the team emerged from their shelters to an astounding discovery. The castle had completely disappeared, the Captain immediately ordered the mission to be aborted with a rapid return to the ship.

As the spacecraft took off and entered an orbit around the planet, the officer on the watch gasped as the gold castle was clearly visible on the planet once again.
“Captian! Look a bridge has appeared across the dry moat, do you think this is a sign of welcome!” exclaimed officer Mcquirter.
The Captain was dismissive and ordered the spacecraft to continue into space.
“We will record this as alien science; an astonishing planet, I am not prepared to risk our lives by landing again. We narrowly escaped a strange fate, a dusty quicksand moat can suck the unwary into a painful death. Onward team!