Prompt  ~. Tell a story from your favorite era. 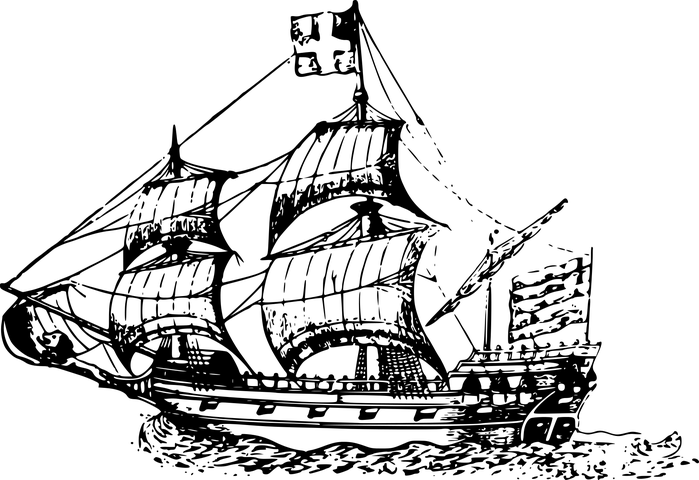 I woke up in a haystack at the side of a large field near the village of Sparkwell. I’d run away from our home near Dartmoor after a pedlar had visited our village with the news that the Spanish were on their way to Plymouth with a huge armada.

My name is Jim Wilson, I’m 15 years old and I can hardly wait to get there and join the navy. My Dad and Mum wouldn’t let me volunteer so I’ve run away to join up. Oh! I think I may be in luck, here comes a hay wagon.

The driver slowed and turned his weather-beaten face towards me. He was wearing a worn black outfit that most farmers and their vassals who followed the Puritan religion wore.

‘Hop on the cart son; I’m only going about two miles along this road. Where are you headed?’

I started to climb onto the back of the cart but the driver signalled to me to sit beside him on the front. I answered his question with the single word Plymouth.

‘Plymouth! that’s about ten miles from here. Why are you heading that way?

‘Have you heard the latest news? The Spanish are on the way and I want to join the navy to help with the fight.’ I responded.

‘No! I didn’t know they were nearly here. I had heard they were on the way to invade England and King Philip wanted to inflict the Catholic religion on us. I’m sure the Queen has organised a fleet to meet them, but I know we’re heavily outnumbered by the Spaniards.’

I introduced myself and explained that I had left home and had spent the night in a haystack.’

‘Probably the one in the field where I stopped to give you a lift. I’m Farmer Frank, Have you eaten anything today? No, I didn’t think so. Why don’t you come to our farmhouse and share breakfast with my family. My wife will look after you and we can see if we can find someone who is heading towards Plymouth Hoe. That’s where you are certain to find the English fleet. I believe Sir Francis Drake is in command of the fleet.’

I was so grateful for his help, I couldn’t help smiling broadly, I thanked him by offering to do some jobs around the farm for him. He readily agreed to this and we were soon pulling up outside some ramshackle barns and outhouses where Farmer Frank unhitched the horses and I was shown where the fresh hay was. I filled the feeding trough and poured some buckets of water into the water trough. I enjoyed a substantial breakfast and met the Farmer’s wife Sarah and their two strapping sons Terry and Robin. I was then asked to clean out the pig sty and the stables to pass the time while Farmer Frank went to make some enquiries among his neighbours.

I set to work willingly and cleaning and clearing up after the animals while Terry and Robin went off to work in the fields. Farmer Frank was visiting several people in the neighbouring farms and didn’t return until late. I must admit I was feeling dead tired when it was time for our evening meal. Sarah the farmer’s wife had fed me a lunch of cheese and apple with a huge chunk of rough bread earlier in the day.

Farmer Frank said,  ‘Jim, not good news I’m afraid; nobody is going towards Plymouth for a while, but you’re welcome to stay for a few days and earn some money working on the farm. You can sleep in the small barn’

I reluctantly agreed to this and I made my way there and settled in the corner on some warm hay. I was so tired, but you can imagine how much sleep I got when I heard the sound of bolts on the outside of the door getting drawn and I realised I was locked in and a prisoner.

I tried the doors but they were firmly shut and I desperately searched for an exit to enable me to escape. I found a boarded up window high in the barn and began to physically break the rotten wood that comprised the window frame. A barn owl had made a hole and I smashed my way out through this, to the consternation of the owls that were screeching loudly as I broke out. As I jumped through the hole and landed on a pile of straw ten feet below, the farmyard dogs began barking loudly. A lantern was alight inside the farmhouse as I hobbled away, having twisted my ankle when I landed. I hid in a huge water-filled wooden barrel and escaped across the fields before dawn.

I was fortunate to be picked up along the road by a pedlar who was heading into Plymouth. This man was a tinker who made a living selling and repairing pots and pans. A large red-faced friendly travelling man who was jovial and glad of my company. He introduced himself as Peter Potter. He was shocked when I described my recent experience with Farmer Frank and said he would spread the word everywhere he went for people to be on their guard.

We were both surprised to find Sir Francis Drake calmly playing bowls when we arrived. Apparently the Spanish were defeated by the weather. I joined up anyway and soon became a cabin boy on the good ship, VIctory.