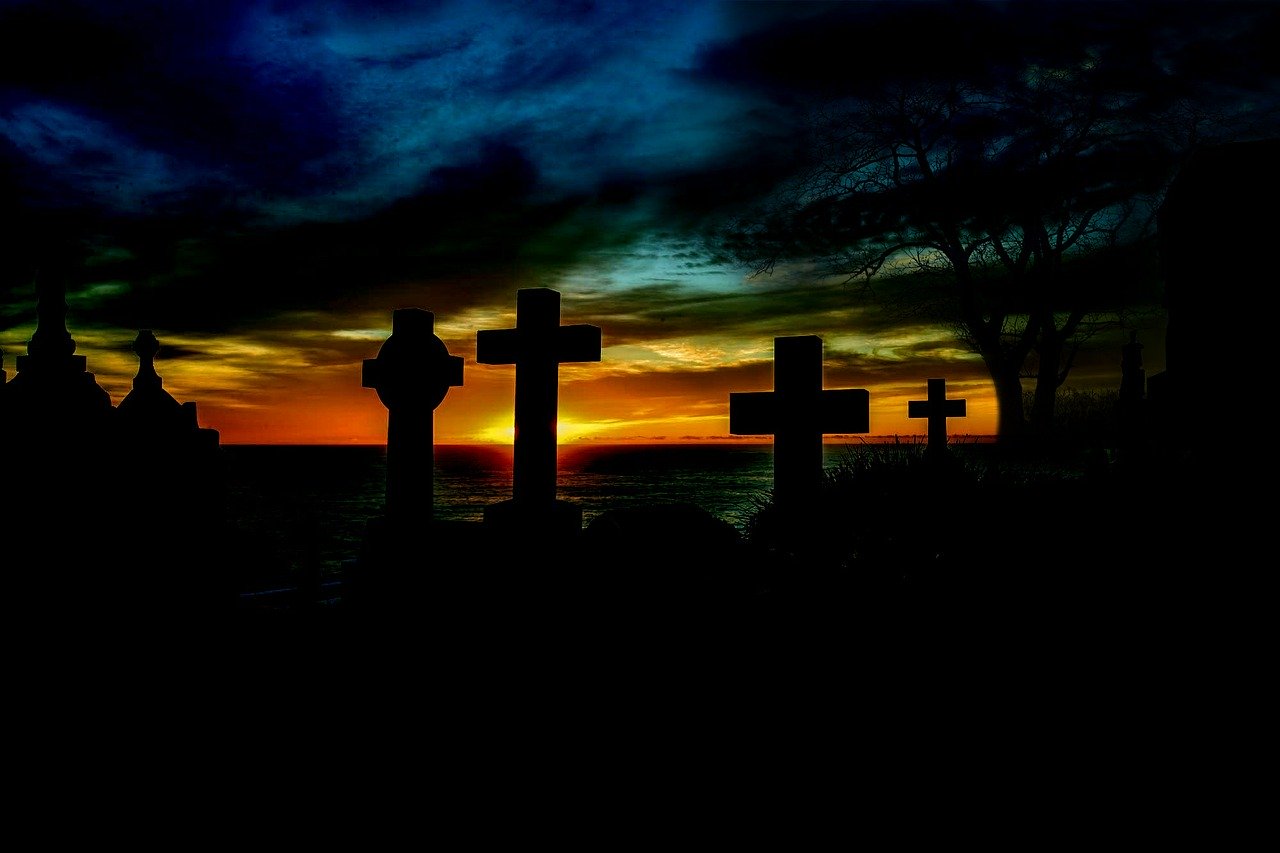 Elaine was late coming home after a wonderful evening out with her new friend Robert. They had danced the night away at a local youth club and the time had just flown by. Elaine’s dad was a stickler for timekeeping and she really didn’t want to be late and get grounded. Robert had left her after the youth club had closed, when his Mum arrived to pick him up. They had offered Elaine a lift but she had declined in favour of walking home. In reality she wasn’t ready for her Dad to find out where she had spent the evening.  However there was just one way of getting home on time before her Dad’s deadline time and that was to take a shortcut through the local cemetery.

The gate was always open, day and night, no one ever bothered to lock the gates at nighttime for obvious reasons.

The gate squeaked eerily when she pushed it open. Elaine shuddered to think of the short walk past the rows of headstones. An Owl hooted from the top of an Oak tree. Elaine’s heart was in her mouth as she broke into a run along the pathway.  A sharp wind blew and the trees alongside the pathway were bending and leaning towards her as she quickly ran past. There was a shape lying on one of the benches in the shadows that seemed to be a body. Elaine ran faster and faster until she raced through the gates at the other end and was soon at home knocking on the front door.

‘Hello Elaine, you are out of breath! Have you been running? You look all pale as if you’d seen a ghost. Come inside in the warm.’ exclaimed her Dad as he closed the door behind her.

‘Silly girl, we wouldn’t have worried if you were a few minutes late.’