Tom had a story that he wanted to share with the world. His eyes were forever searching the literary terrain, looking for inspiration within the turmoil of his mind. The story began to be formed, moulded and was soon coming together. He fought hard against his own personal harsh critical resistance. Always pushing onwards with a sharp insistence expressing his feelings in an explosion of words. He was always searching for perfection, fighting against a passive resistance. Always honing, rewriting, editing and subtly improving, it seemed publication would be forever postponed. One day he overcame this unexplainable timidity by typing his manuscript online and pressing the send button.

Timid Tom is now well known as his words were read and appreciated by the online community. The moral of this story is if you keep something to yourself it will never reach anyone.

PROMPT  ~ You have a billion dollars in your bank account. How did you make it? 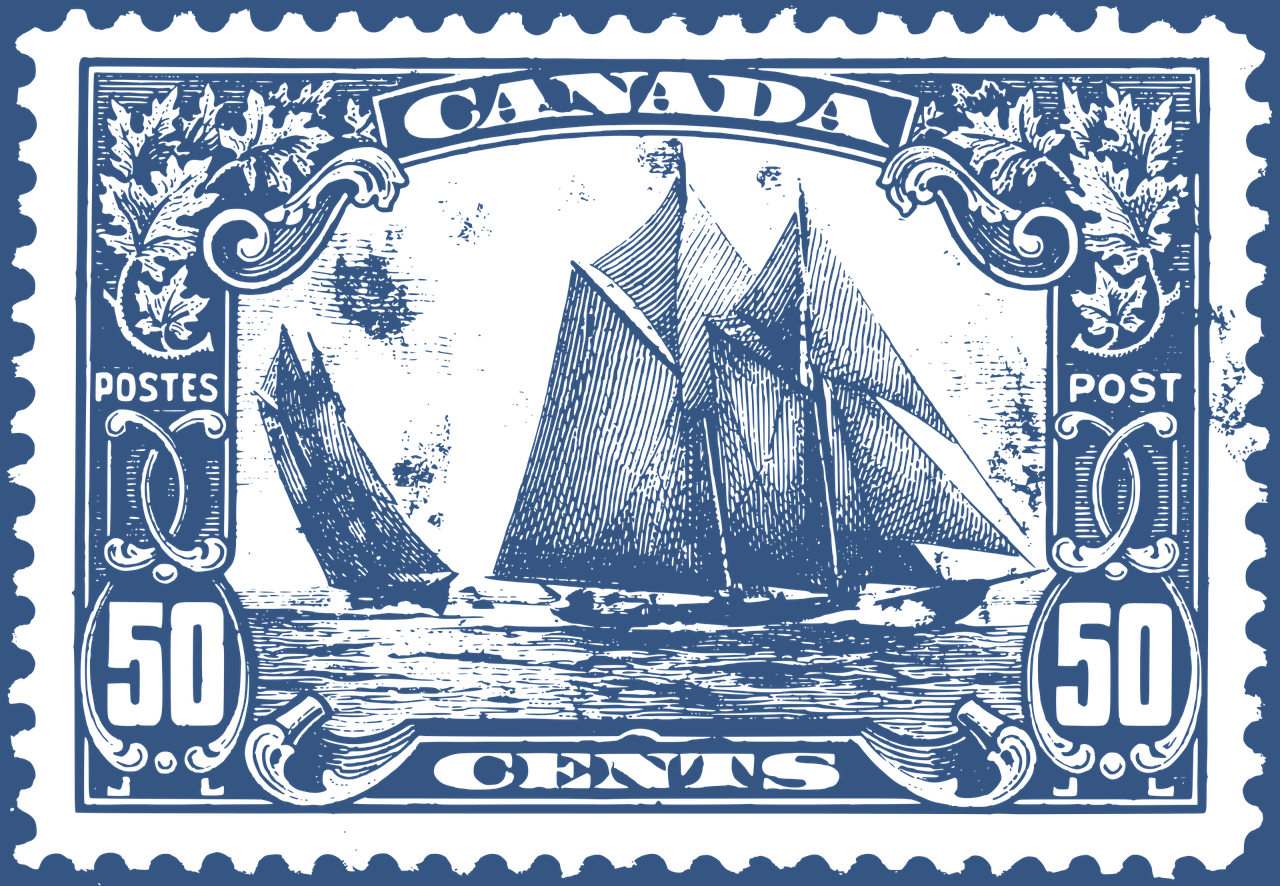 I was fourteen years old when the seeds were sown for my fortunes beginning to arrive by the lorry load. My name is Sebastian Large, I am a self made billionaire and I put all my large fortune down to a combination of luck and hard work.

It was shortly after my fourteenth birthday when my Grandfather Albert died. This made me feel terrible and I remember crying myself to sleep, every night for a whole week.

Grandad was always a good friend to me and we used to laugh with each other whenever Mum and Dad took me to his house for a visit, which was usually about twice a week. Grandad was a tall man, slightly stooped in his shoulders with a shock of grey hair that was always unruly and usually in need of a visit to the barbers. He had bushy eyebrows and pale blue eyes that seemed to pierce through you to your heart. He was an ex-naval man, having spent over twenty years in the merchant navy on cargo ships. Grandad had been around the world many times over and he had a fund of tales and stories that he would relate to me almost from the day I was born. I loved hearing these wonderful tales of life onboard the trade vessels and the descriptions of the crews and sailors he had worked alongside.

Grandad was also a keen stamp collector and he had a roomful of stamp albums and stamped envelopes that he’d picked up during his travels. I remember looking through them with him many times, admiring the colourful square pictorial stamps from all around the world. Grandad would tell me many tales of the countries where these stamps originated from and how they came into his possession.

One day we were going through an album of old English stamps when Grandad suddenly turned to me and said,

‘Seb. When I take my leave of this world, I intend to make sure you receive my entire stamp collection. Take real good care of them and they will someday take good care of you.’

I laughed nervously and replied.

‘Grandad you will never die, I would miss you too much if you ever left us.’

Sadly a year later, Grandad died and I inherited thousands of stamps all neatly pasted into stamp albums and on many different sized envelopes. I kept them in one of the rooms in the house where they simply began to gather dust and spiders webs.

I left university with huge debts and a degree in creative writing and I soon discovered that budding writers weren’t paid much money. I suddenly had the bright idea to have my inherited stamp collection valued and perhaps they would raise enough money to pay my debts and start me off in business.

The day of the valuation arrived and I asked a couple of auctioneers to value the collection. Imagine my surprise when I was informed, Grandads stamps were worth hundreds of thousands of pounds at a conservative estimate. I was delighted when they were finally sold for close to a million pounds as there were some rare oriental stamps among the collection printed in gold leaf paint and some extremely early valuable English stamps.

This was my springboard to making me a billionaire. I invested much of this money in technology and oil shares and soon my fortunes rapidly increased.

However this wasn’t anything to do with the main income that led me to amassing my billion pounds.

No! I wrote down many of my Grandads stories and sold millions of books, some became films and plays and then several television series.

I became a considerably wealthy famous author and I bought and sold many mansions and even two private Carribean islands.

Yes I have a billion dollars in the bank, thanks in many, many ways to my hard working, seafaring Grandad.

(I picked up this prompt from a site on the internet called freewrite.com I was at a loss as to where to find my subject for the day. I think this response turned out pretty well and I wrote the above piece in about an hour. The words just seemed to flow once I got started and I’m extremely pleased with the result.I intend to publish it on my WordPress site and expand the story later.)

The challenge is to write a story using 200 words or less based, on the photo prompt.

Matilda was a gifted child, always at the top of her class, with many other talents, she was well thought of in her community. Matilda was a chorister in the church choir, always singing her heart out and bringing tears to the eyes of everyone who heard her. She got straight A’s in her exams and she was looking forward immensely to going to university, to study Creative Writing.
Her sixth form friends had a nickname for her, Matilda was known as little Goody Two Shoes.
Four years later there was a huge shock to everyone who knew her when Matilda’s photograph was splashed across the front pages of the daily newspapers. Everyone was shocked to hear that Matilda was the brains behind a series of financial insurance scams.
In her defence, Matilda stated she had started to experiment to research a book she intended to write, and the whole thing just got out of hand. The Judge showed no mercy as he ordered her ill-gotten gains be seized and sent her to jail.
Matilda served two years in prison and became incredibly wealthy from the sales of a series of books based on her experiences.

Image from the net, courtesy of ~ Synnot Street Fish and Chips – Melbourne

FATE AND FISH WITH CHIPS

The fish and chip shop was at the heart of the community, located in a small parade of shops, there was an area outside the shop with tables and chairs set up. Friday night was always a busy night and the queue would often overflow onto the terrace outside.

It was Billy Perkins sixth birthday this Friday, and his parents had promised him a special fish supper for his birthday party, to be held at the local fish and chip shop.

“Daddy, will I get a birthday cake, after my fish n’chips?” Billy asked his father excitedly.

“Of course son, it wouldn’t be a birthday party without a cake!”  replied his father, smiling.

“Can I have ice cream as well, please? All my friends love ice cream.”

“Yes Billy, in fact, we have asked the people in the fish shop to make sure you get some.”

When the long awaited day of the party finally arrived; Billy, together with his friends, began to take their seats at this exciting unusual venue for the party. The weather was cool for August, cool and calm with just a light breeze.

The children were soon seated at tables and chairs on the terrace outside the shop, tucking into their huge portions of fish with plenty of chips.

Suddenly a man with a concertina appeared and began to play the time honoured tune to the song: “Happy Birthday to,You!” Everybody, even the waiting customers joined in to wish Billy a very happy birthday. Then the owners of the shop appeared with a huge ice cream cake with six large candles burning on top.

An elderly gentleman seated in a corner of the terrace, watching the children enjoying the party suddenly fell to the floor writhing in pain choking for breath.

Billy’s Mum, who was a nurse jumped up and hit him several times in the centre of his back dislodging a large piece of undigested fish, that flew across the floor and was quickly consumed by the shop’s cat, who had been lurking under a table nearby.

The elderly gentleman, who quickly recovered, was overwhelmed with gratitude. He introduced himself as William Bryant, a writer, and author of many books and handed her his card.

“You saved my life!” he exclaimed. “I would like to repay you, please contact me here tomorrow. I want to give my namesake Billy a birthday present of some of my books. Meanwhile, I would like to pay for this birthday party.”

“No! We cannot accept that. I was only doing what I have been trained to do. Of course, we will all come and visit you tomorrow. Billy would like that.”

Time passed and young Billy also became an author with much encouragement from their new found  family friend.