I wrote the following piece of Flash Fiction for our Church magazine in response to this months theme of SPRING. 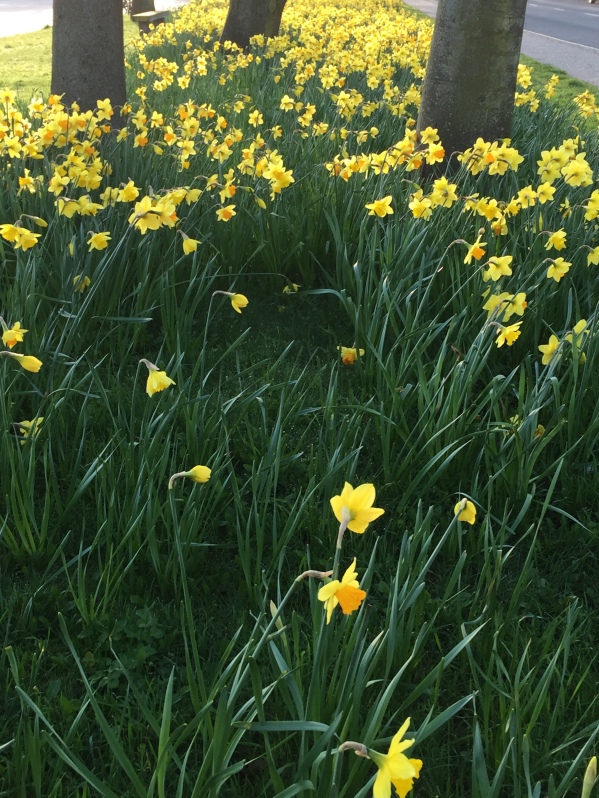 To the gardener, Spring is an exciting season of birth-rebirth and renewal.

Seeds are planted in the sure hope that new life will spring from the ground in the form of food and flowery sensations. Some plants in the borders appearing dead and past resuscitation suddenly spring back to life from their Winter dormancy. The cacophony of birdsong and calls that is known as the dawn chorus begins as wild birds build their nests laying numerous eggs, nurturing and helping them to develop into chicks.

Spring always a season of new life has been extra special for us this year as Margaret and I have been presented with a new Great Grandson, a Spring baby. I wrote this poem which I have dedicated to him and I am delighted to share here as a tribute to all concerned with our grateful thanks to God.

Bury the seeds in the minds of the young,

Nurture and take care of their fertile minds.

Allow them the freedom to think things through

Watch the growth of ideas spring forth.

Harvest the results of future growth

In technology, the arts, and science.

Enjoy the improvements in life.

Bury the seeds of peace and freedom,

Nurture a caring, sharing empathy for all.

Allow a mixture of cultures in life

Promote a feeling of self-worth with thought.

Harvest the feelings of peace and love.

Enjoy sharing the feeling of a natural life.

“He woke up and all seemed normal. Little did he know that before he’d even had a chance to get out of bed, he would become the subject of a prank.” 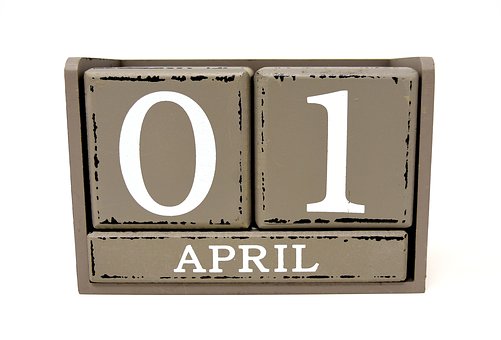 THE MORNING AFTER THE NIGHT BEFORE

March had stormed through to a windswept close with frost and snow combined. They say a whole generation of unwanted bugs and vermin die as a result of a harsh frost. The parents are unable to forage for food and the young die off. This is Nature’s way of culling the overpopulation and striking a balance. Extreme but effective, clearly a supreme example of survival of the fittest in action. Scooter Danes was a smallholder and a budding pig farmer, he sighed as he did the rounds of his smallholding, feeding and checking on the animals. Scooter was a hard worker, a broad-shouldered man of medium height, whose most distinguishing feature was his head, which had a curious shape with a protruding forehead that was absolutely devoid of hair. Scooter worked tirelessly to make ends meet. He was well known in the community for his sense of humour and his laid back style of leaving the unimportant things to chance.
Scooter sighed again and thought, ‘At least I can feed the dead rats and other vermin to the flocks of local scavenging crows. The vermin are so hungry at the moment they make no attempt to conceal their whereabouts.’ Scooter loosed off a couple of blasts from his trusty shotgun and picked off a few of the blighters who were busily engaged in making a meal of his overwinter greens.
Violet, his young wife appeared at the cottage door and called to him, ‘Come inside Scoot, your meal is on the table, it’ll get cold if you don’t come in soon.’
‘Coming Vi! I’m starving hungry, this weather really does give me an appetite.’
Violet straightened her pink striped apron and put her hands on her extremely generous hips. She was a comely woman in every sense of the word, a typical farmer’s wife who never stopped working from dawn to dusk. Flicking a few strands of her loose greying blonde hair from her eyes, she grinned as she said. ‘ Charles from Willow tree farm telephoned to ask if you would be going for your usual pint in the Crown tonight.’

‘Of course, I will my darling, ‘ replied Scooter smiling broadly, ‘I never miss my usual pint of draught ale with the lads.’

‘That’s what I told him, now eat the farmhouse stew, it will warm you up before you go out.’

Later that evening, Scooter joined his pals Chas, Mick, Pete and Phil in the local. They had all grown up together in the area and they were firm friends.
Chas was his nearest neighbour, who lived on the next small holding to his, a friendly man who always had a good word to say about everyone else. Unlike Scooter, who had his own way with words when he put a slant on reality to the detriment of anyone who displeased him.
Mick and Phil were firm friends who worked for the same building firm together and shared a lot of common interests. Pete was the joker in the pack, a short man with a huge personality. A local builder, he had built a thriving business from scratch and often kept Mick and Phil in work.
Scooter was warmly welcomed by everyone, especially Pete who was secretively grinning as he chatted with everyone.
Scooter immediately took his position in front of a brightly illuminated one-armed-bandit and began feeding £1.00 coins in. Ever since he had hit the jackpot some months ago he was hooked, chasing money he had been piling into these machines ever since.
Pete and Mick sidled up alongside him and Pete grinning broadly handed him an envelope.
‘We’ve had a bit of luck Scooter, our syndicate has won a nice sum on the Lottery. This is a copy of the letter confirming the win. The cheque hasn’t been cleared yet but I intend to post cheques for the winners through everyone’s letterboxes first thing in the morning.’

‘The drinks are on me!’ Exclaimed Scooter excitedly, but he was a little disappointed when the rest of his pals declined. Except for Pete who accepted a double scotch and Scooter joined him in a toast.

The evening passed swiftly and Scooter wended his way back to his cottage and was soon fast asleep.

The next day he was up with the lark. To his delight, there was an envelope lying on the doormat. Without opening it he rushed into the lounge and hugged Violet. ‘Our lucks changed Vi! This envelope contains the answer to all our worries’.

Violet opened the envelope to find two words boldly emblazoned across a dummy cheque. APRIL FOOL.
Scooter then realized the horrible truth, it was April 1st and he had been the victim of a cruel prank.